You may know the Ring company as one of the top smart doorbells products on the market and we reviewed Ring Video Doorbell and Ring Pro on our website. Also, they will release the latest model which you can read more in our Ring Elite doorbell review and looks similar to the pro version and essentially flush mounted finish.

Looks like the Ring company works really fast to bring new gadgets on the market and they just announced the second generation of Ring Video Doorbell.

A lot of customers complained that the first generation of the Ring doorbell doesn’t have a changeable battery and they need to recharge once in awhile depends on the usage. The company listened to its customers and decided to upgrade the first version of the doorbell and add not only features to change a battery but also a 1080p Full HD video.

I reached out to the Ring company to get Ring Doorbell 2 for the review and comparison and as soon as I get it I will compare them. Meanwhile, let’s see what are the differences between the specs below.

The full HD camera and rechargeable battery make a really good deal especially comparing with Ring Pro. I can’t judge if it will perform the same as Pro version until I will get my hands on it and compare it with other doorbells.

Does it worth $20 to get Ring video doorbell 2 instead of the first generation? Of course yes! You will get a better camera, motion detection, and ability to use it just with the battery.

Soon I will get it for full review and will update you guy how does it compare with other smart doorbells.

Related Articles
We will be happy to hear your thoughts

This site uses Akismet to reduce spam. Learn how your comment data is processed.

Welcome to The House Tech 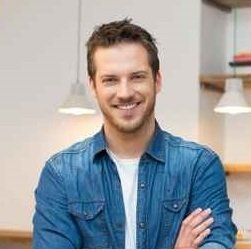 Hey, I'm Yaro and welcome to my blog about smart home gadgets like:

and other devices to automate your home. I am tech geek and love everything about home automation. Feel free to drop me a line if you have any questions. Thanks for stopping by!
Best Video Doorbell Camera in 2023: Ring Pro vs Skybell HD vs August Pro
160813
Best Wireless Intercom Systems for Home & Office Reviews 2023
109961
Best Wireless Doorbells Reviews in 2023
62240
Ring Pro Review and Comparing Ring vs Ring Pro
41517
7 Best Long Range Wireless Doorbells Reviewed
35943
Follow Us

Send this to a friend